Taylor Swift Tricked Into Seeing A Pic Of Guy’s Balls 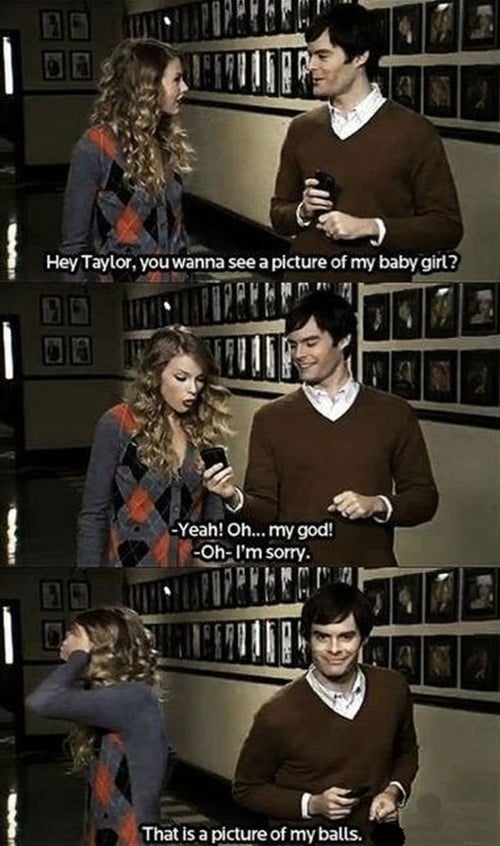 As you can see in the photo above country music star Taylor Swift was tricked into looking at a picture of a man’s ball sack.

In the civilized Islamic world, if a woman sees a picture of a man’s nuts (whether by trickery or choice) she is forced to marry the man and becomes his property.

Of course this isn’t the case in the heathen West and Taylor Swift will now be allowed to roam the streets in a state of constant arousal as the thought of big hairy man balls dance in her head.