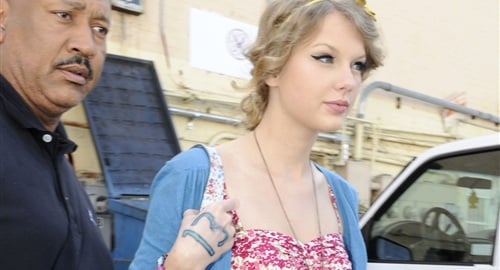 Based on Taylor Swift’s new tattoo on the back of her hand it appears as though she has joined the extremely dangerous Salvadorian street gang MS-13.

MS-13 gang members will often get tattoos of the number 13 on various parts of their body (usually their face), but since Taylor Swift is a new recruit to the gang she was only allowed one 13 tattoo on the outside of her hand.

Joining MS -13 is a major accomplishment for Taylor as the gang has quite a notorious initiation process which consists of either committing a random murder, or in some cases assassinating a policeman.

No word yet on what route Taylor Swift took to get in, but if I’d have to guess I’d say she took out a cop. You can tell that a girl like Taylor is eager to make a name for herself in the streets, and taking taking out a cop would be the quickest way to get the street cred she so desperately needs.