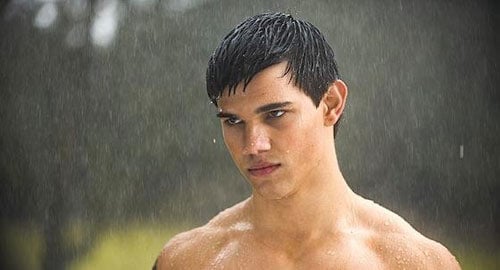 Fresh off the success of Twilight: New Moon’s box office success, Taylor Lautner did not mince words when describing the film franchise as “bigger than Jesus” and “1000 times cooler than some pesky Jew god in the sky.”

“Twilight: New Moon is like the crucifixion and the resurrection all rolled into one,” said Lautner. “Jesus Christ ain’t got nothing on this movie.”

Lautner, who went on to call the pope a “wack-ass Nazi bitch,” also suggested that teenage fans of the film should stop going to church.

Added Lautner, “Church is for losers; our fans should all worship vampires and shit.”