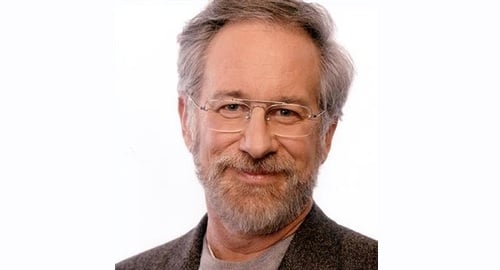 If this is in fact the Jew Steven Spielberg, one can only imagine that he is jerking off to either the coupon insert in the Sunday newspaper, or pictures of dead Palestinian babies. Either way this is a sickening display and further proof that there can be no peace in the Middle East as long as it is infested with Zionists. Allahu Akbar!