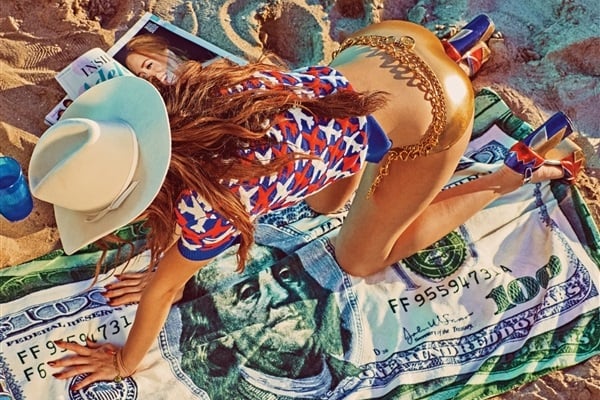 Some homoqueer fashion photographer took too much MDMA and acid (also known as “candy flipping”) while partying at a glory hole, and decided to photograph Selena Gomez with glassy dilated pupils in weird colors while in a bikini and cowgirl gear for the upcoming issue of W magazine.

Certainly these Selena Gomez photos could serve as a PSA against drug abuse, but they could also serve as one against unchecked Mexican immigration. For who in their right mind would say that a country benefits from allowing druggie cowgirl third world whores like Selena to come in and pose weirdly on a beach like this.

Yes the US certainly needs to secure its southern border with a wall to protect itself from this sort of Mesoamerican depravity. Of course even better then a wall would be for the USA to finally surrender to Islam and become the caliphate of Americanstan. For us brave Muslim mujaheddin would have no problem riding our war camels down through the Mexican desert, and slaughtering all the degenerate Aztec skanks like Selena Gomez that threaten to invade and defile the country’s moral purity.