Selena Gomez Braless & Pantyless In A See Thru Burka 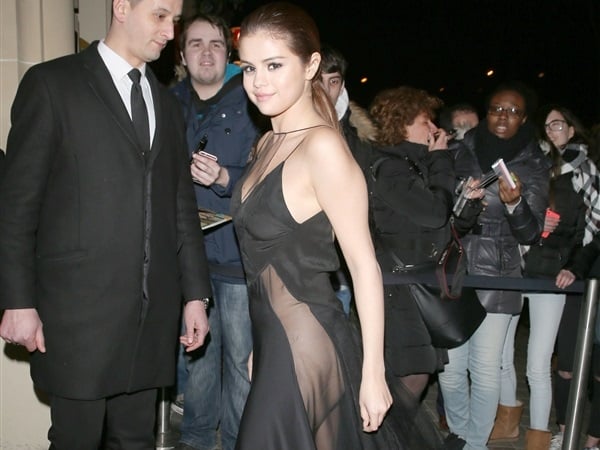 It is time to load the AK-47s, gas up the Toyota trucks, and begin preparing the fatwas, as Selena Gomez greatly offends us pious Muslims by whoring her shameful Mexican body while braless and pantyless in a pair of see through burkas in the photos below.

How dare Selena Gomez modify the holy burka so that she can flaunt the side of her sloppy Aztec ass like this! If that wasn’t bad enough, Selena further offends Islam by clearly displaying her nipple through the light orange fabric in the second burka.