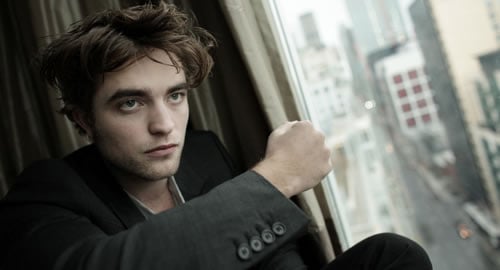 Depressed about his recent breakup with Kristen Stewart, Robert Pattinson has taken to humping pillows.

According to sources, Pattinson checked himself in to a Motel 6 in Valencia, CA on Friday. Since then, other motel guests have been complaining about the loud sobbing that comes from Pattinson’s room at all hours of the night. The only time the crying seems to stop is during one of Pattinson’s vigorous pillow-humping sessions, which happen three-to-four times a day, and last for about five-to-seven minutes each.

During the hump sessions, guests and staff members can clearly hear Pattinson’s bed creaking violently while the star yells out at the top of his lungs, “I am humping a pillow.”

Pattinson reportedly comes out of his room for 10 minutes each day in order to allow the housekeeping staff to replace his soiled pillowcases, and to stock up on Lipton Cup O Soups from the motel vending machine.

Motel workers who have seem the inside of the room say it looks like a war zone, with empty Cup O Soups strewn about and the palpable stench of semen and tears lingering in the air.

It is also reported that the walls of the room are covered in Kristen Stewart’s Twilight posters, with the exception of the space on the ceiling directly above the bed, which is reserved for a poster of Pattinson’s shirtless Twilight co-star, Taylor Lautner.

Friends of Pattinson say the star needs to pull himself together, and suggest that he should find fat girl to use as a “slump buster,” adding that there is no shortage of eager fat girls among his “Twihard” fanbase.