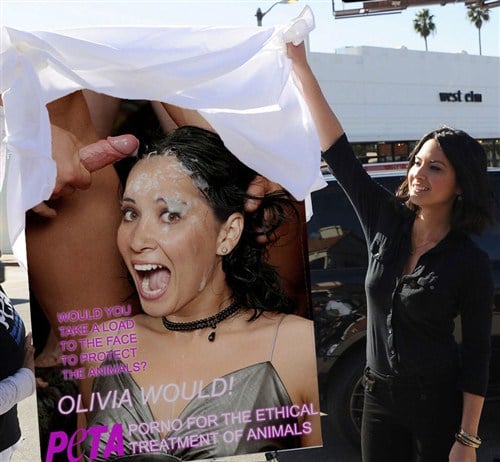 PETA has made a name for themselves by getting celebrities to participate in raunchy advertisements. However, it appears as though Olivia Munn has taken PETA ads to the next level in the “taking a load in the face for animals” campaign pictured above.

However, one thing is for certain, Olivia Munn will gladly perform any deviant sexual act imaginable in the name of protecting animals, and that Olivia should know I have a particularly adorable lamb named Mr Baa Baa that I am thinking of slaughtering for lack of a distraction *wink *wink