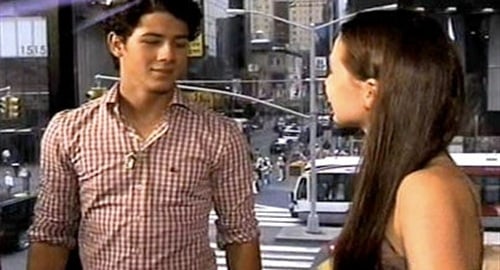 Nick Jonas of the Jonas Brothers was caught on camera eye raping one of his female fans.

So ladies if you want to keep yourselves safe from Nick Jonas and his perverse mind I suggest you cover-up with a burka immediately. Plus wouldn’t you feel better knowing that a man is showing interest in you not because of your looks, but for more deeper meaningful reasons like your cooking ability, basket weaving prowess, or field plowing skills?