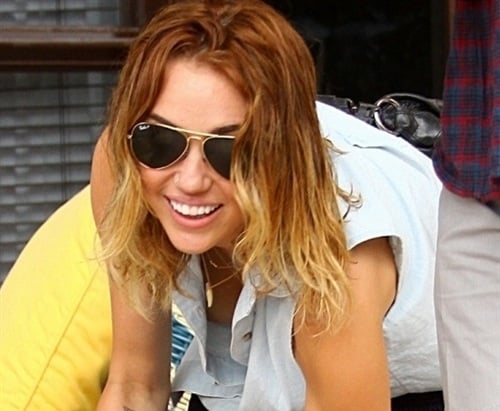 By exposing part of her nip like this, Miley is making a strong statement about the inherent degradation of heathen Western society, and the infidels would be wise to heed Miley’s critique of their accepted social values.

However, if after a week of exposing her tits Miley Cyrus still can not convince the West to renounce the Jew God Jesus and accepted Allah as their lord and master then I fear nothing short of the edge of a saif will. Allahu Akbar!