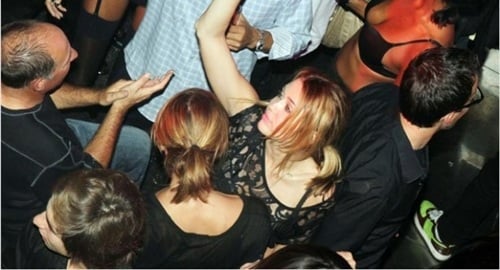 Like all good Muslims yesterday, Miley Cyrus partied late in to the night celebrating the 10th anniversary of Islam’s thrilling victory over the great Satan America on 9/11/2001.

Miley Cyrus was seen dancing, shouting, and firing her AK47 into the air at the “Arabian Nights” nightclub on Sunset. For Muslims around the world September 11th has become a holy holiday, and a time to celebrate while we reflect upon how much better and tougher we are then the infidels in the United States.

Of course heathen Americans try to steal our glorious 9/11 holiday by making it about them. Have they no shame? 9/11 was a victory for Islam and is thus our holiday. Leave it to the immodest yanks to even attempt to celebrate their defeats.