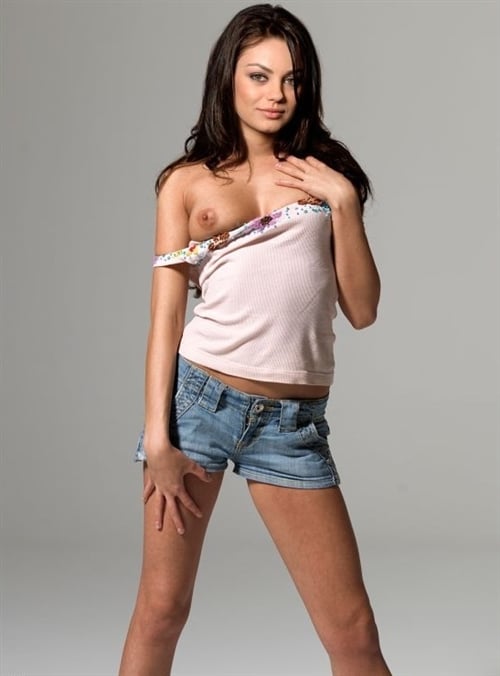 In what appears to be a desperate move to save her rapidly dwindling career, actress Mila Kunis posed for a picture with her right breast fully exposed for famed celebrity photographer Ron Cockwell.