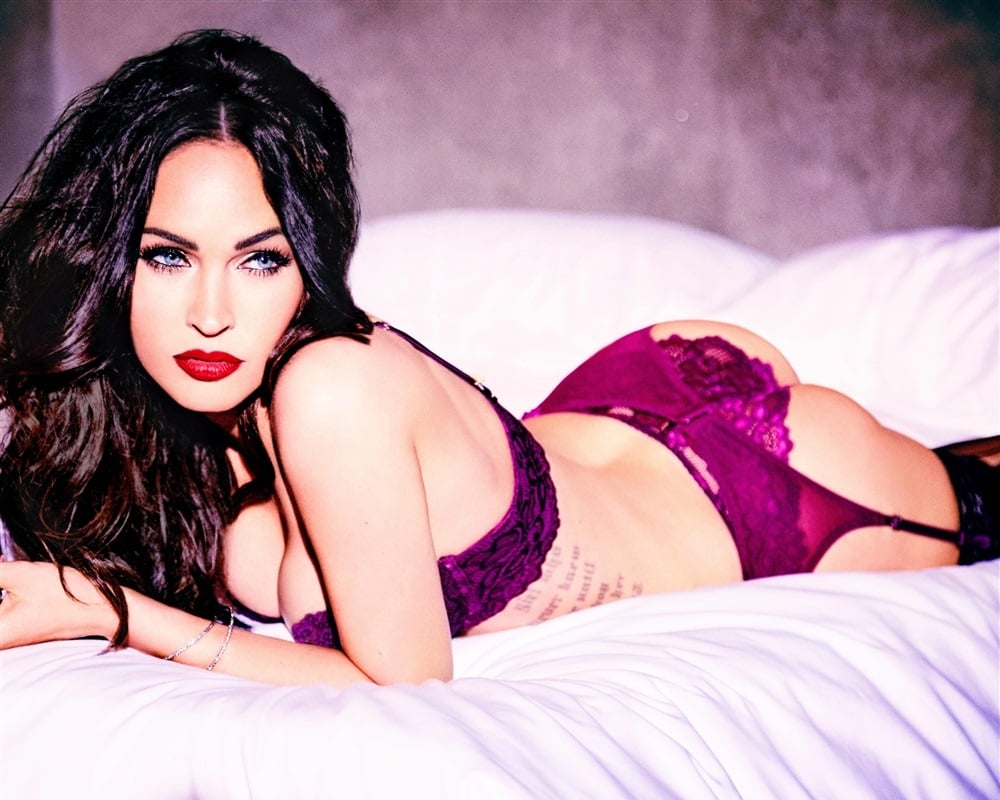 Megan Fox makes her triumphant return to the limelight with the overly contrasted lingerie photos below.

Megan has been out of the public eye for over a year now, as she shit out another one of her loser husband’s feeble offspring. Of course if Megan Fox was a Muslim woman she’d only be granted 20 minutes to collect herself (and push out the afterbirth) before she would be forced back to work in the fields with the robust (and usually quite hairy) newborn suckling at her teat.

Yes in the pathetically emasculated infidel West they certainly coddle new mothers. For if my fourth wife can dig a well a mere hour after giving birth, Megan Fox could have certainly gone back to work prostituting her ass in excessively edited lingerie photos like these… And if she gave any lip about it the post-production team clearly would have no problem with whiting out her black eyes.