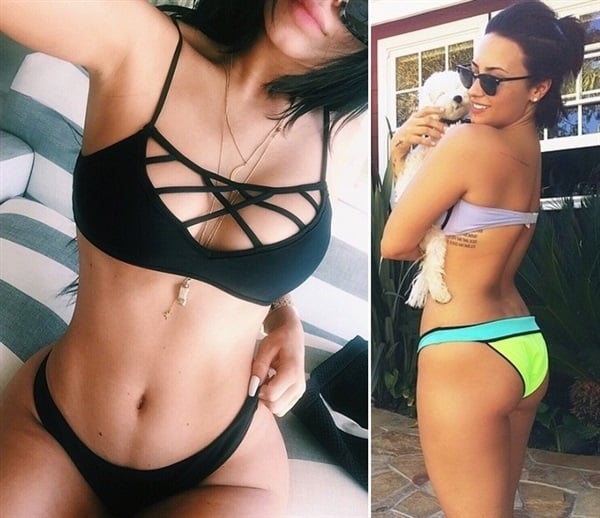 As you can see in the photo above, both Kylie Jenner and Demi Lovato shared their bikini thickness on Instagram over the weekend.

There is no denying that both of these girls have sturdy frames, which makes them prime candidates for being acquired for field work. However, Kylie is clearly the better buy as she has a few obvious advantages over Demi. For instance, Kylie is 17-years-old and so she still has a good 4 or 5 years left in her before she’ll need to be traded in for a newer model. Demi on the other hand is already 22-years-old and she appears to have been rode hard and put up wet one too many times by her previous owner the Disney corporation, one would be lucky if she even lasted pulling the plow through the next rainy season.

Besides her age Kylie Jenner also has another important advantage over Demi Lovato, which is that Kylie is a degenerate mudshark. When purchasing a piece of female farming equipment it is always nice to know that she will have no problems getting along with the other livestock in the barn, as she obviously enjoys getting intimate with filthy animals. 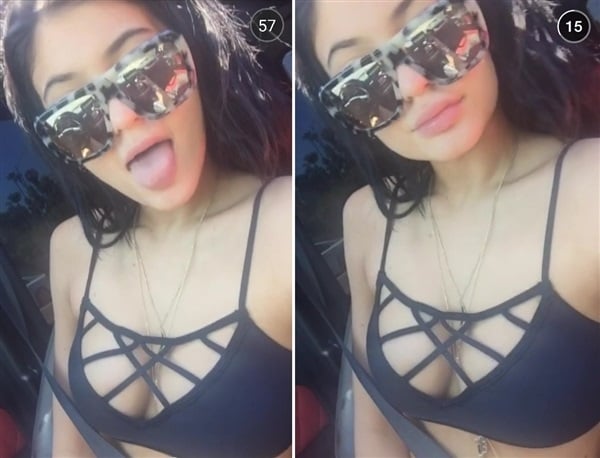 Yes there is no denying that Kylie Jenner is the superior model. However, to hammer the point home further Kylie also shared the bikini SnapChat pics above. That tongue is just made for licking camel’s asshole clean. Kylie truly is a multipurpose tool!