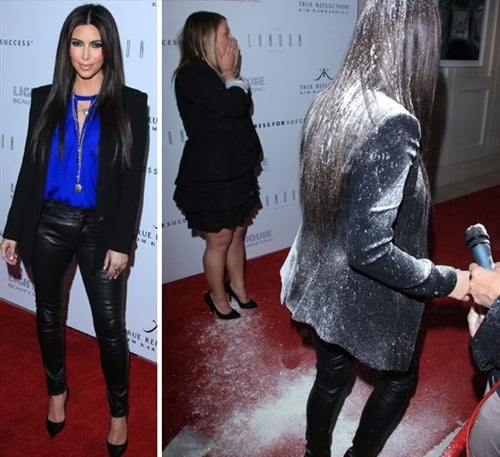 Kim Kardashian was on the red carpet in West Hollywood last night when a woman came up and dumped a bag of white powder on her head.

Kim Kardashian is reportedly furious over the incident, telling friends that she wouldn’t of minded if it was black powder, but this white powder has no “swag” and it didn’t just get on her and then leave but instead clung to her.

Of course Kim Kardashian is going to be even more upset when she finds out this woman was a Muslim operative, and that the white powder was anthrax. We had heard chatter that at our brothers in Al-Qaeda were carrying out a mission called “Operation Fat Ass Mudshark Hoe”, now we know which infidel woman it was directed towards.