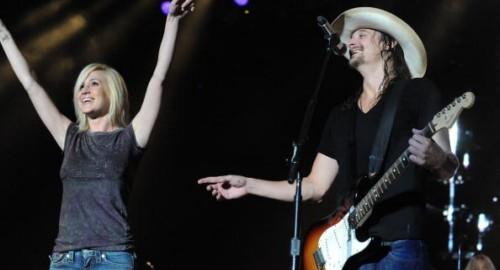 Former American Idol finalist, Kellie Pickler, has revealed that she has been dating Kid Rock for more than a year, but the couple have managed to keep their relationship a secret from the media.

The romance between Kid Rock and Pickler is “the worst kept secret in Nashville” according to a country music insider. Yet their fans were completely unaware, and many have expressed shock about what they consider an odd couple.

“I would have never guess these two would hook up in a million years” said JoAnna Lee Dean of Huntington, Ala. JoAnna went on to say, “I mean he is poor white trash from Michigan and she is poor white trash from North Carolina. What could they possibly have in common? For their sake I hope they can overcome their vast cultural differences, but I don’t see it working out.”