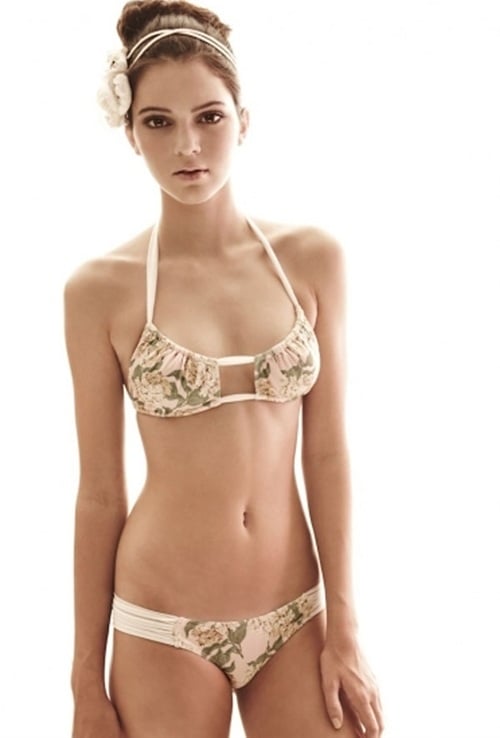 It is not entirely clear what this advertisement (which will run exclusively in the trade magazine “Candy And Old Vans Quarterly”) is selling, the bikini or Kendall Jenner. Of course in a civilized country like Qatar or Yemen the answer would obviously be Kendall Jenner.

However, in the backwards US of A parents often parade their daughters around in whorish outfits and then refuse to sell, and in fact get offended when a handsome Muslim man like myself approaches them and respectfully asks to inspect their daughter’s hymen. I don’t know what these infidel parents take me for, but I am not going to purchase a girl unless I can confirm that her maidenhead is intact! But I digress.

Though at 16-years-old Kendall Jenner is well into her prime breeding years, one can still see potential in this bikini picture. Provided Kendall is still a virgin I’d be willing to bid up to 2 goats, a bushel of figs, and the deed to a beautiful piece of property on the Afghanistan Pakistan border for Kendall’s services.