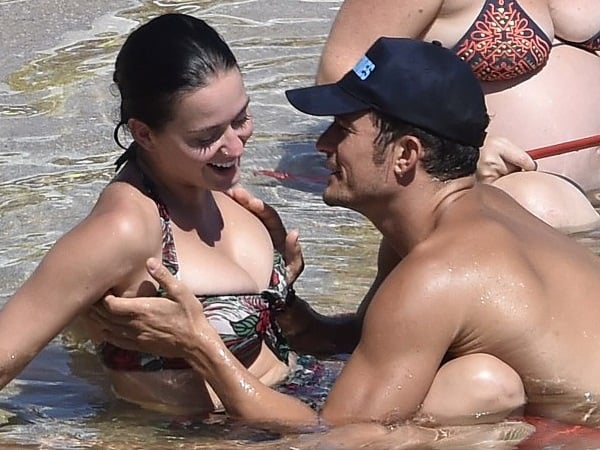 Katy Perry gets her big sloppy titties fondled by her boyfriend actor Orlando Bloom while in a bikini in the photos below.

Leave it to a flaming homoqueer like Orlando Bloom to have no idea how to properly handle Katy’s massive udders, as he clumsily paws at them in these pics. Clearly Katy is in desperate need of the skilled hands of a Muslim man to properly drain her baby feeders.

Yes once Katy Perry has the strong coarse calloused hands of a Muslim roughly pulling at her teats to milk her dry, her rapidly sagging boobies will shrink back down to a more modest cup size. Of course since Katy has a barren womb her lady milk has long ago soured inside of her chesticles, but by now the right amount of fermentation has taken place to make Katy’s milk a powerful intoxicant… Which of course will come in handy as us Muslims would have to get completely trashed after touching Katy’s nasty old lady sin mounds.