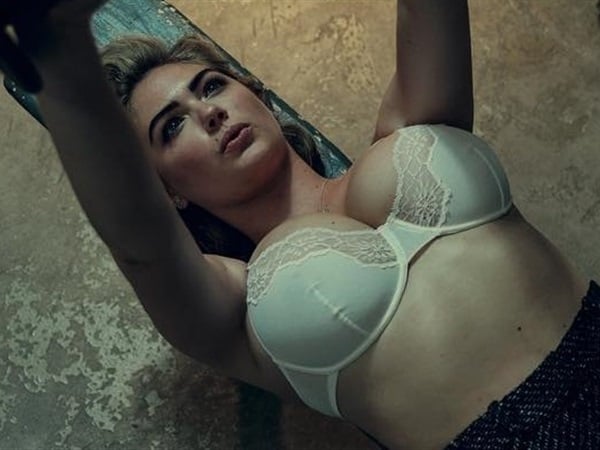 Kate Upton exercises her big tits in the photos below from the Korean version of W magazine.

It appears as though Kate Upton’s workout consists of her squeezing her gigantic jugs together, and that the weights are just to keep her balanced so that she doesn’t topple over (like she did in pic #3). Of course there would be no better workout for Kate’s boobies then to have a Muslim’s mighty meat snake slithering up her breast valley and depositing its man venom all over her face.

Unfortunately for Kate she is a degenerate and wanton Jezebel who is unworthy of such a tremendous honor. In fact the only thing us Muslims would spray on Kate’s face is acid, for she is immodestly busty and the sight of her massive mammaries infects our righteous loins with many lecherous djinns which entice us to commit the egregious sin of crotchal self-flagellation.