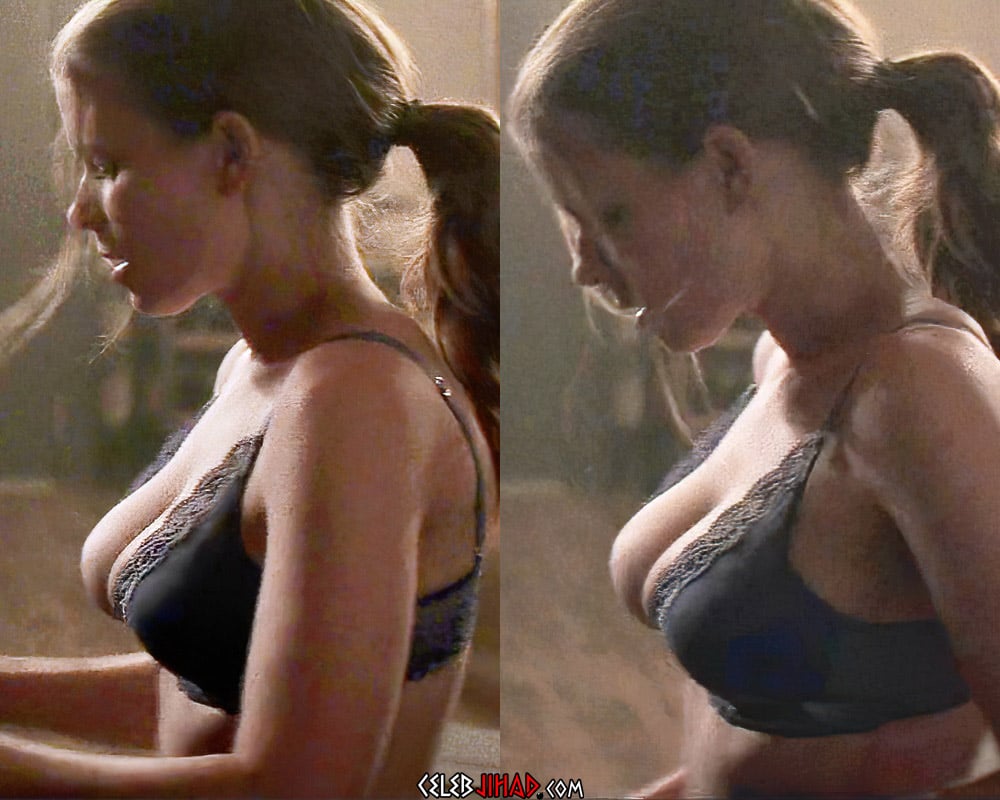 Kate Mara stuffs her boobs into an undersized bra in the scene below from her new series “A Teacher”.


As you can see, Kate Mara’s sagging tit sacks are in desperate need of support, as they nearly pop out of her bra to swinging down around her ankles. Of course once the inevitable happens and Kate’s chesticles turn into two under-filled sand bags, she will no doubt return to her roots by flaunting her nude ass as she did on “House of Cards” in the compilation video below.

However as you can see from the video above, Kate Mara’s derrière was a dumpy mess a decade ago when these scenes were filmed, and its unlikely that it has improved with time… Unfortunately for Kate, she is out of options on what else she can show considering that her cock box probably looks like a bulldog’s chew toy at this point.