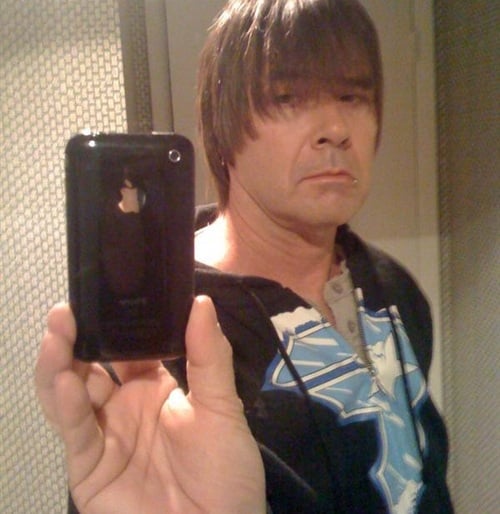 Justin Bieber, the name strikes fear in the hearts of men, but was he always the monster despised the world over that he is today?

We ran into the man pictured above leaving a methadone clinic in Santa Clara, and we were immediately struck by his shocking resemblance to Justin Bieber. We abducted him and questioned him for hours. It wasn’t until we performed some light torture on him that he finally admitted the awful truth. He is Justin Bieber’s real father.

There have been many rumors surrounding the whereabouts of Justin Bieber’s dad. Some claim that he took his own life when he heard his only son wanted to become a singer. One of the more ridiculous rumors has Justin Bieber’s father being divorced from his mother, and living in some mythical place known as “Winnipeg”.

However, now we had uncovered the truth. Justin Bieber’s father was in our possession. As we waited for him to regain consciousness (from the light torture) we prepared ourselves to interview the man who spawned the tormentor of our world, Justin Bieber.

When Justin Bieber’s father awoke we immediately pressed him for comment on his famous son. Like a sage he began spouting fatherly wisdom to his long lost son, gems like “Boys should play baseball” and “Heroin is a hell of a drug”.

We decided not to print some of the more personal father son messages (like what to do with a dead hooker’s body) as we will be sending the full transcript to Justin Bieber. We can only hope that hearing from his real dad will make Justin Bieber rethink the destructive life choices he has made, and finally get his act together.