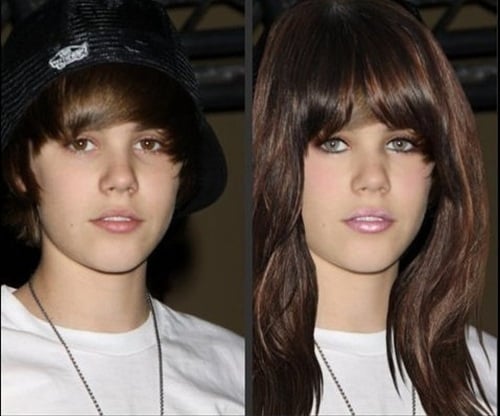 As you can see in the comparison photo above Justin Bieber is taking on a more grownup look. According to Hollywood stylists we spoke to, Justin Bieber has dropped his natural look and is now going with a more glamorous classic Hollywood makeup. Also he has greatly increased the length of his hair extensions, for a more playful sexy feel.

Unfortunately if you want to imitate Justin Bieber’s new look it will cost you, as his new hair extensions are authentic mole hair mixed with Selena Gomez’s sideburns for texture, in other words not cheap. However we found an affordable substitute would be aged rat hair and some pubes from a well oiled Italian. It does the trick at nearly a third of the cost.