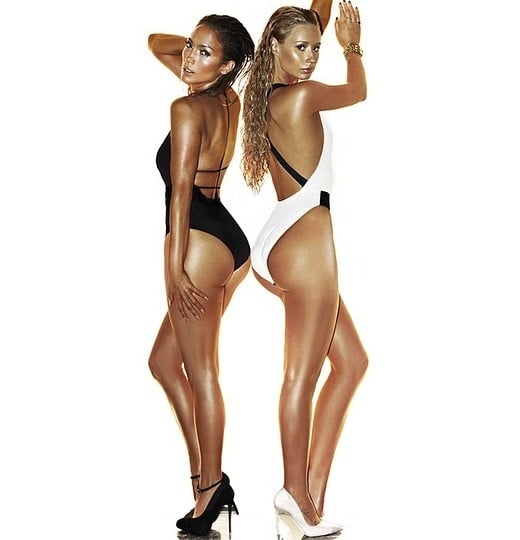 Jennifer Lopez and rapper Iggy Azalea compare their big butts on this single cover for the remix to Jennifer’s aptly titled song “Booty”.

The fact that both Jennifer and Iggy aren’t hooked up to harnesses and using their enormous rumps to plow a field speaks volumes about the degenerate and wasteful nature of Western culture. Us Muslims can not imagine allowing such fine pieces of farming equipment to deteriorate through careless misuse in the form of auto-tuned singing, dancing, and worst of all interracial sex.

Yes both Jennifer Lopez and Iggy Azalea have blasphemously squandered the abundant booty gifts that Allah so graciously bestowed upon them. Truly he is a benevolent and forgiving God to allow both Jennifer and Iggy to go on living with just a nasty incurable case of militant gonorrhea as punishment for their crimes.