Holly Sampson Video From May 26th ‘I F*cked Tiger Woods’ 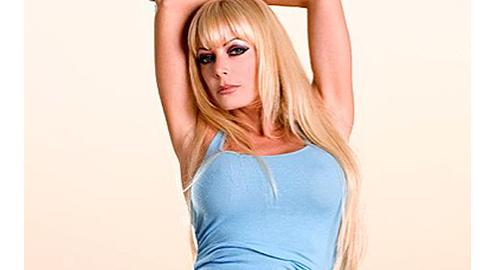 This leads her into the whole story of how her and Tiger met, and what he was like in bed saying,

“I f*cked Tiger Woods. … Me and my girlfriends did a bachelor party for Tiger and it was amazing. And then he picked me to go in the room. I have to say he was really good.”
“I think it’s pretty amazing. He’s like the whitest black boy you’ve ever met. His teeth are perfect and he’s the perfect gentleman. He’s beautiful.”
Sampson also confirmed performing oral sex on Woods and that he used a condom.
“It was pretty simple, straight up sex. He’s got a lot to protect himself from too. I think he would probably die if he knew I was telling this on the internet but that’s okay, I don’t care. It was fun, it’s not like it was any big mystery.”

Here is video of Holly Sampson discussing banging Tiger Woods back on May 26th. Enjoy!