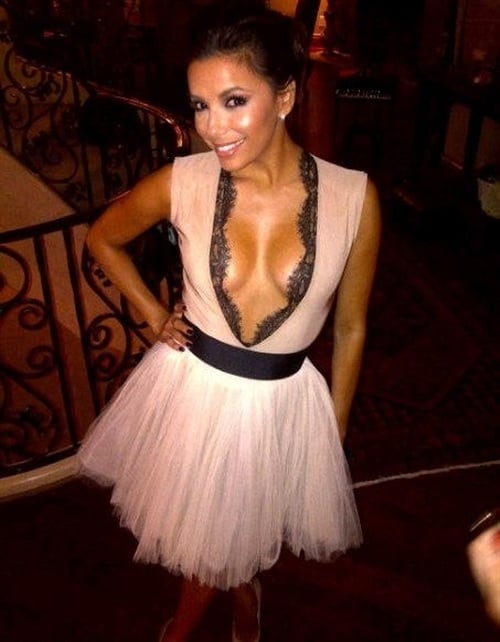 There is nothing more pathetic than an old used up infidel whore desperately trying to conjure up some sex appeal in a last ditch attempt to entrap a man, and that is just what Eva Longoria is doing in the above picture of her flaunting her cleavage.

Eva Longoria thinks that by showing off her sagging old lady tits a man will fall in love with her. That may work on the degenerate infidel Westerners, but it has no shot of affecting us virile Muslim men as we find breasts offensive, and are grossed out by the thought of breeding with a woman past her reproductive years.

Yes this Eva Longoria cleavage pic is pathetic and will only attract the most desperate dregs of infidel society. Of course that is what Eva Longoria deserves. Allahu Akbar!