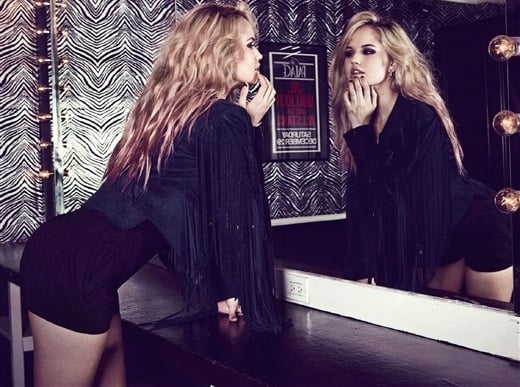 Disney star Debby Ryan looks like a junky slut in the outtakes below from her recent photo shoot with Bello magazine.

Debby Ryan is at a crossroads in her career, as she must now transition from subtle slutting on the Disney channel to all out whoring in more mature roles for mainstream audiences.

While Debby certainly has the nice fat ass and big dick sucking lips required to make it as a grownup star in the heathen entertainment industry, she is going to have step up her depravity game if she wants to truly grab the attention of the degenerate kuffar masses. Suggestive photos like the ones below are a good start, but if Debby really wants to make a name for herself she is going to have leak some nudes… preferably while a beloved Muslim celebrity blogger’s enormous manhood is stuffed up her anus.