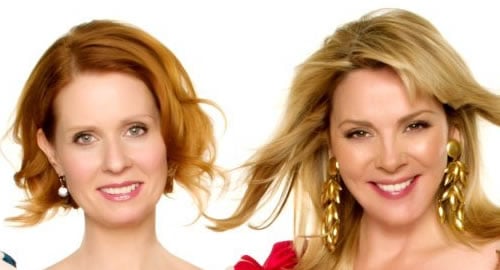 Talk about a nip slip.

Filming for the “Sex and the City” sequel had to be halted on Friday after Cynthia Nixon slipped on co-star Kim Cattrall’s sagging, descended breast and broke her hip. No word yet on when filming will resume, but a spokesperson denied rumors that Nixon will have to be placed in a nursing home.

“It’s not a nursing home, it’s a rehabilitation center,” said the unnamed spokesperson. “She’s only going to stay there for a few weeks until she’s all better and ready to go back home with all of her African Violets and Precious Moments figurines. I promise.”