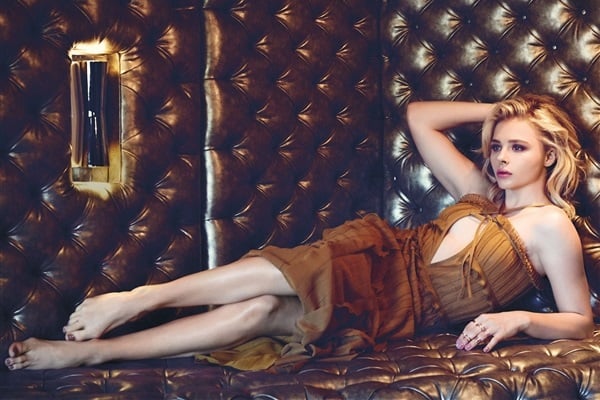 18-year-old actress Chloe Grace Moretz attempts being sexy in the pics below from a photo shoot for an obscure Miami luxury magazine.

Unfortunately for Chloe Grace Moretz it is a prerequisite that a woman have discernible sex organs for her to have sex appeal, and as you can see in these photos Chloe has a pancake ass and is a card carrying member of the itty bitty titty committee.

Yes the only physical feature that Chloe Grace Moretz possesses that could be considered remotely attractive is her plump dick sucking lips (well that and her big bushy eyebrows, but that is only because us Muslims love any sort of prominent facial hair on a woman). However, since so much liberal hipster bullshit spews out of Chloe’s mouth on a regular basis it certainly is not advisable to stick one’s dick in there as it may come out a shriveled up socialist prick and run for President using the name Bernie Sanders.