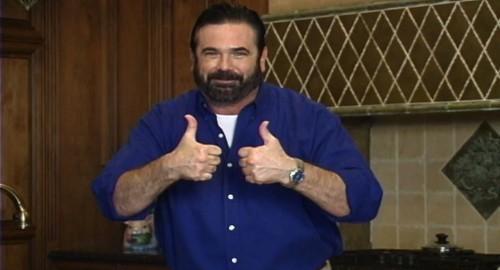 Billy Mays, the television pitchman for such products as “Kaboom!” and “OxiClean,” was pronounced dead Sunday morning. But wait there’s more! Not really though.

Authorities say Mays was found dead by his wife at his Tampa home. He was 50. Actually, he was 80, but since he died right now they took 30 years off. The family expects to have an autopsy done by Monday afternoon.

No word yet if they will be using an “Awesome Auger” to bury him, but one thing is for certain: Billy Mays is shouting at angels now.