Bieber Fans Are Sick Of Hearing About The School Shooting 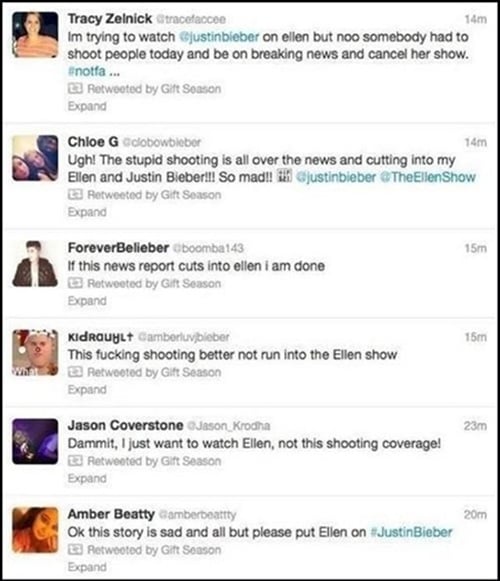 Allah help me I never thought I’d say this, but Justin Bieber fans appear to be some of the few Americans that have any sense right now, as they went on Twitter to complain about the school shooting coverage running into Ellen’s interview with the Biebs.

Sure these infidel teen girls just want to hear Ellen and Justin gabbing about how much they like getting their vaginas licked, but even that is better than giving the nerdy psycho loser who gunned down those kids exactly what he wanted by making him famously infamous.

If this school shooter was in a Muslim country we’d cut off his penis, throw his body into the desert, and cover it with camel shit. We certainly wouldn’t talk about him and show his picture on TV 24/7, as this would encourage other losers to follow in his path.

But of course our media isn’t run by money hungry Jews who love profiting off the misery of others.