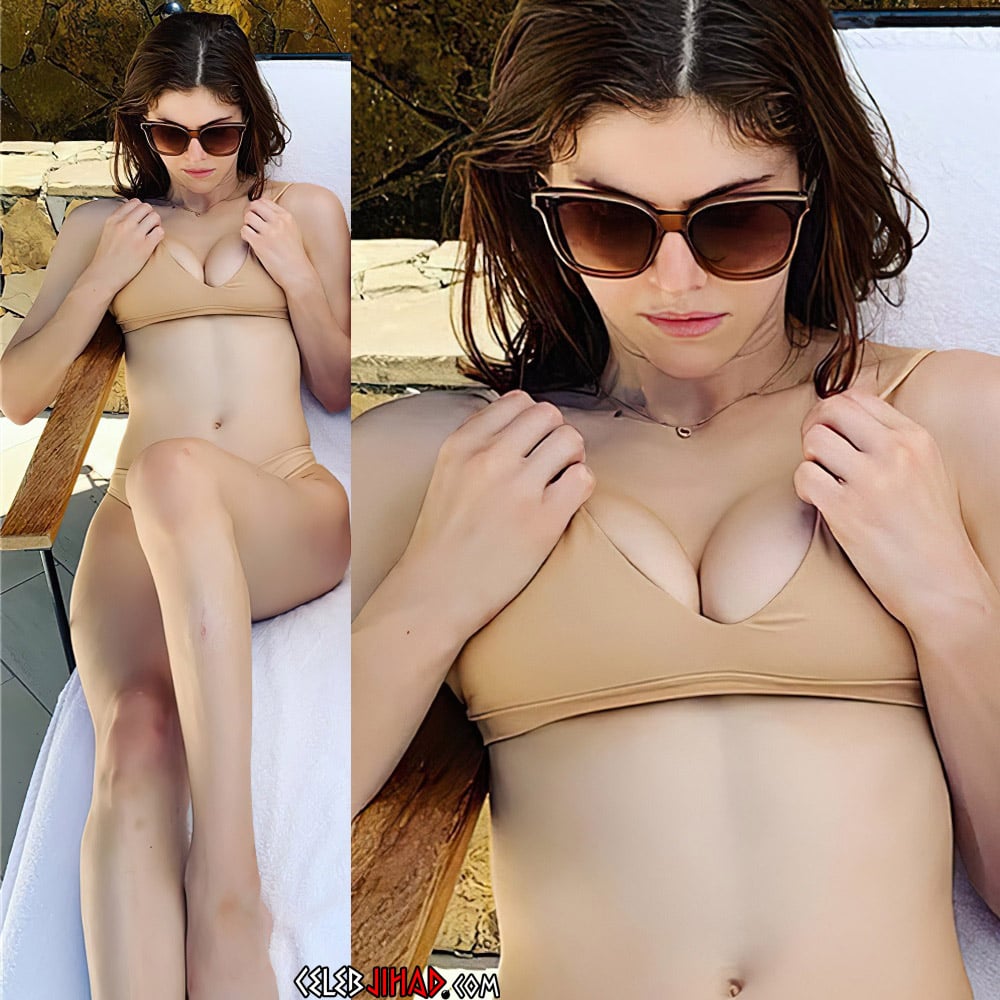 Alexandra Daddario flaunts her rock hard nipple pokies and bare ass cheeks while in a thong bikini in the video clip below.


Alexandra showing off her erect tit toppers and booty meat like this is just a preview of things to come, for her long anticipated second nude scene is set to be released later this year in the film “Lost Girls & Love Hotels”. 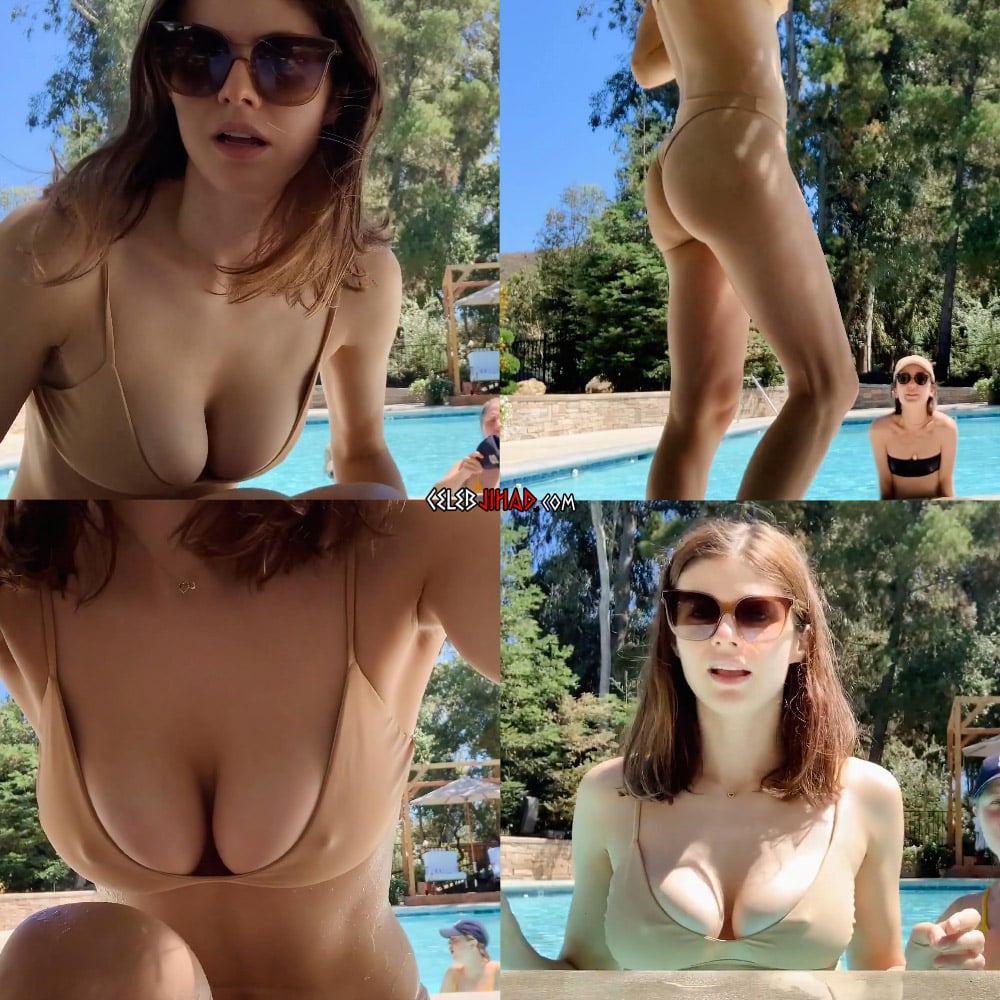 In the film Alexandra plays a white girl who falls in love with an Asian man’s pathetically tiny egg roll while living in the Chinese nation of Japan… A preposterous plot to be sure, but science fiction films often have absurd storylines… Besides Alexandra is clearly in a constant state of arousal, so if anyone can pull off pretending to be attracted to a slant-eyed slopehead it would be her.
Alexandra Daddario Hard Nipple Pokies In A Thong Bikini was last modified: August 14th, 2020 by Durka Durka Mohammed